I had lunch with my oldest son’s kindergarten teachers over the summer, and we had a great discussion regarding what parents and teachers in elementary school can do to prepare students for middle school. I told them probably the number one thing a parent or teacher can do to prepare a child is to stop the cycle of learned dependence.

So, when I mention learned dependency, it’s important to understand that this isn’t something parents and teachers do on purpose. No one WANTS their child to be completely dependent on others. No one WANTS their child unable to function as an adult. But, unfortunately, if you don’t know better, that’s exactly what happens. Enabling dependency is terrifyingly easy. It’s much, much harder to stop it than it is to allow it – even when you know exactly what you’re doing. And if you’re not aware you’re doing it…well, it can be almost impossible to avoid.

What is learned dependency?

How does it happen, and what can you do to avoid it?

Let me give you an example: My oldest son, who is currently 6, frequently asks for “help.” Can I “help” him brush his teeth? Can I “help” him clean up his room? Can I “help” him put on his socks? If I’m not careful, I turn these into situations where I’m enabling dependency. How? Because I do the task FOR him instead of assisting him WITH the task.

Don’t misunderstand me. It’s not bad to do things for kids. My son can’t tie his own shoes yet (please don’t judge me on how remiss I’ve been as a mom!), so I’d never expect him to struggle through tying his own shoes. If he’s going to wear tie shoes, I’m going to tie his shoes for him until we get to the point where he’s learning how to do it himself. It’s not bad to do things for kids, as long as you don’t do it too often or with the intent to never teach them how to do it themselves. But, what is vital is that you make sure your child can distinguish between “help me do this,” and “do this for me.” If my son asks me, “Will you brush my teeth, please?” I’m more than happy to do that (again, not every time, and not forever, but if he asks for that specifically, I can honor it). But, if he asks, “Can you help me brush my teeth?” He will get a different intervention from me. Since becoming more cognizant of this, I now try to ask him which one he means. If he asks me for help but then whines as I only help, I ask him if he meant to ask me to do it for him. I’m teaching him the true meaning of the word “help,” so that he doesn’t learn dependency.

Teachers are guilty of this just as much as parents. Students ask for “help” with a problem or an issue, and rather than truly helping, we do it for them. It’s so important that we, as teachers, begin to notice when we do it and stop ourselves so that we can break the cycle of learned dependency and empower students to be self-sufficient.

If you point this out to a parent or a teacher, of course it’s obvious that facilitating learned dependency isn’t good for a child. So WHY do we do it?

Well, the answer to this is the master key to effective parenting, teaching, and any sort of leadership role: it’s easier.

No one likes to struggle. No one likes to see their child or student struggle. Struggling is hard. It’s uncomfortable. It’s messy. It’s downright painful sometimes. And it takes FOREVER. It is SO much faster to do it ourselves. I mean, have you ever WATCHED a kid clean his room by himself? OMG, it’s torture.

I could clean it in, like, 3 minutes. It takes him what seems like half a lifetime. And he’s whining and pitching a fit the whole time. It is SO much easier and faster for me to do it for him. 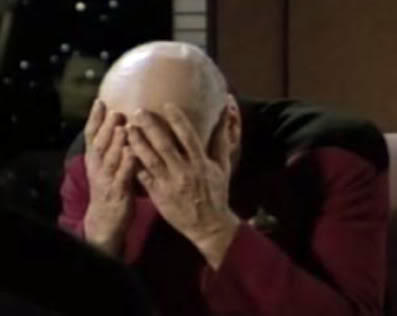 Yes, we JUST did one EXACTLY like number three not five seconds ago. You don’t need actual help, you just want me to do the problem for you. Or worse, you DO need actual help but want me to do the problem for you. And if there are multiple students who need “help”? Don’t get me wrong – I’m happy to help them. I love helping them. It’s what I get paid to do. But, only helping them takes so much more time and effort than just doing it for them or telling them the answer. And, that doesn’t even begin to cover the students who already suffer from learned dependency. When you actually help them instead of doing it for them, they go ballistic. They whine to their parents about how the teacher “doesn’t help me.” Yes, it is VASTLY quicker and easier to just do it for them. “Here’s how you do number three.”

So I get it. I’m guilty of it with my own kids and my own students. Still, we have to strive for better. For everyone’s sake. So here are some tips to “help” your students instead of teaching them learned dependency:

As a parent or a teacher, it’s hard to recognize when you’re enabling dependency. Here are a few things you can ask yourself before you “help”:

In conclusion, helping kids is tough. Really tough. Not the helping part, per se, but rather resisting the instinct to overtake the task and do it for them. Whether it’s faster, easier, or just makes us feel better to not see a child struggle, doing it for them is the path of least resistance. It’s our job as parents and educators to make sure our kids are ready for the real world, though, and learned dependency is the enemy to that.